Wellington, FL (August 27, 2018) – With the Florida summer heat in full affect The Gold Coast Dressage Association Made In The Shade I & II gave year round riders the chance to get out of the sun and into the show ring. Riders came to try new levels, gear up for the US Dressage National Champions, and to earn final scores for regional championships. The show was held at the beautiful Palm Beach Equine Complex on August 18 and 19, 2018.
The show featured rides from Training Level, Para Equestrian Test of Choice, and FEI Freestyles. Over eighty rides went down centerline over the course of the two days, and judges Kem Barbosa “S”, and Joan Darnell “S” where on hand. Having run shows consistently in Wellington for the last thirty-five years, Gold Coast was the initial inspiration for the twelve week Adequan Global Dressage Festival. “We have a great show going on with some big names on the list, and people riding from all levels between the two rings.” Said Noreen O’Sullivan the President of Gold Coast Dressage Association.
The high score for the entire weekend went to Roxanne Trunnell on Dolton, who scored a 78.036%. The pair was recently named to the United States Para Equestrian Team for the World Equestrian Games held in Tryon, NC next month. Wellington local trainer Nicholas Fyffe had an outstanding 70.735% on Diozar in the Intermediaire 1 under Kem Barbosa “S”. On Sunday Bent Jensen wowed the crowd in his Third Level Test 3 riding Marti Hohmann’s Uno De Moulinet to a 67.949% taking the win as well.
Riders have continuously raved about the great show staff, and events that Gold Coast Dressage puts on. “The staff was fair enough to put us first thing in the morning so our horses could go home and rest before leaving tonight for the National Championships in Illinois.” said Melissa Taylor, who rode Ansgar to a high score of 71.765% in the FEI TOC. While the chaos of season may be gone there is still a close knit equine community here that bonds during the hot summer months, “It’s smaller, so you get to catch up with everyone when its not so hectic like season.” Said Eleanor Brimmer, a Para Equestrian that resides year round in Wellington. To see more follow this link
https://youtu.be/LYrQ4LkRNvM
Gold Coast shows no signs of slowing down as the summer is winding down. With several events planned in the upcoming months like an Adult Camp and Ride a Test October 6-7, the November Fall Fling Recognized Show on November 10-11, and the Year End Awards Banquet on November 17 at the Wanderer’s Club.
The Gold Coast Dressage Association enjoys support from its many members and sponsors including Diamante Farms, Palm Beach Equine Clinic and Sports Complex, Custom Saddlery, MDC Stirrups, TheraPlate -the official therapy plate of US Equestrian, Florida Community Bank, Finish Line Products, Noreen O’Sullivan’s Prudential Advisors, John McGinty Financial Partners, Mary Phelps of Markel Insurance, JRPR Public Relations Equine News Room and Triple Crown Nutrition, the official feed sponsor of the US show jumping, eventing and dressage teams.
The Gold Coast Dressage Association’s purpose is to organize and operate educational activities and to foster local and national amateur dressage competition. The Gold Coast Dressage Association is committed to education and promoting good sportsmanship along with high ethical and moral standards in horsemanship and the equestrian sports. To find out more or become a member of the Gold Coast Dressage Association go to http://www.gcdafl.org.
Photo 1: Melissa Taylor and Ansgar soar to victory at the Gold Coast Made In The Shade Show. (Photo courtesy of Joanna Jodko Photography) 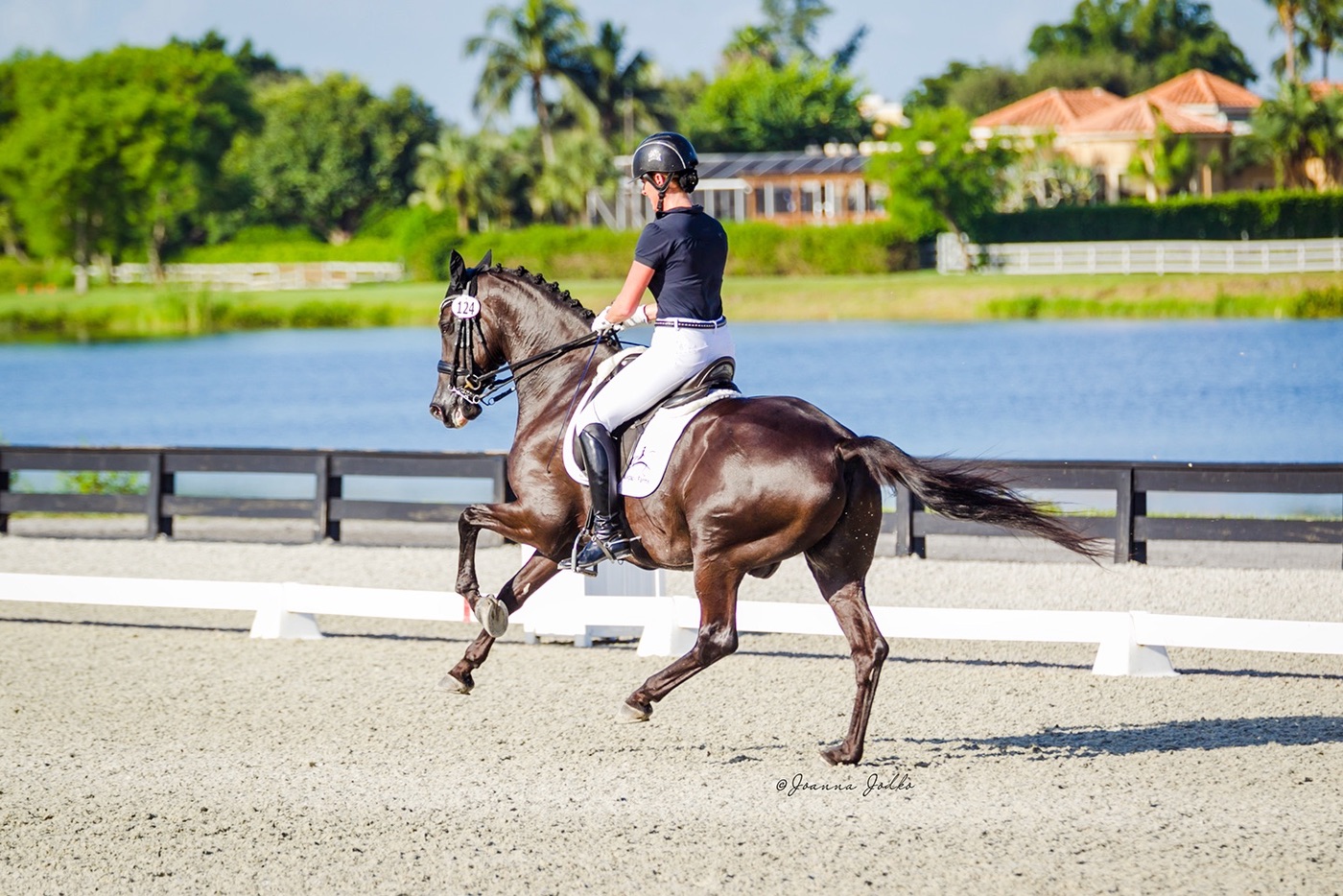 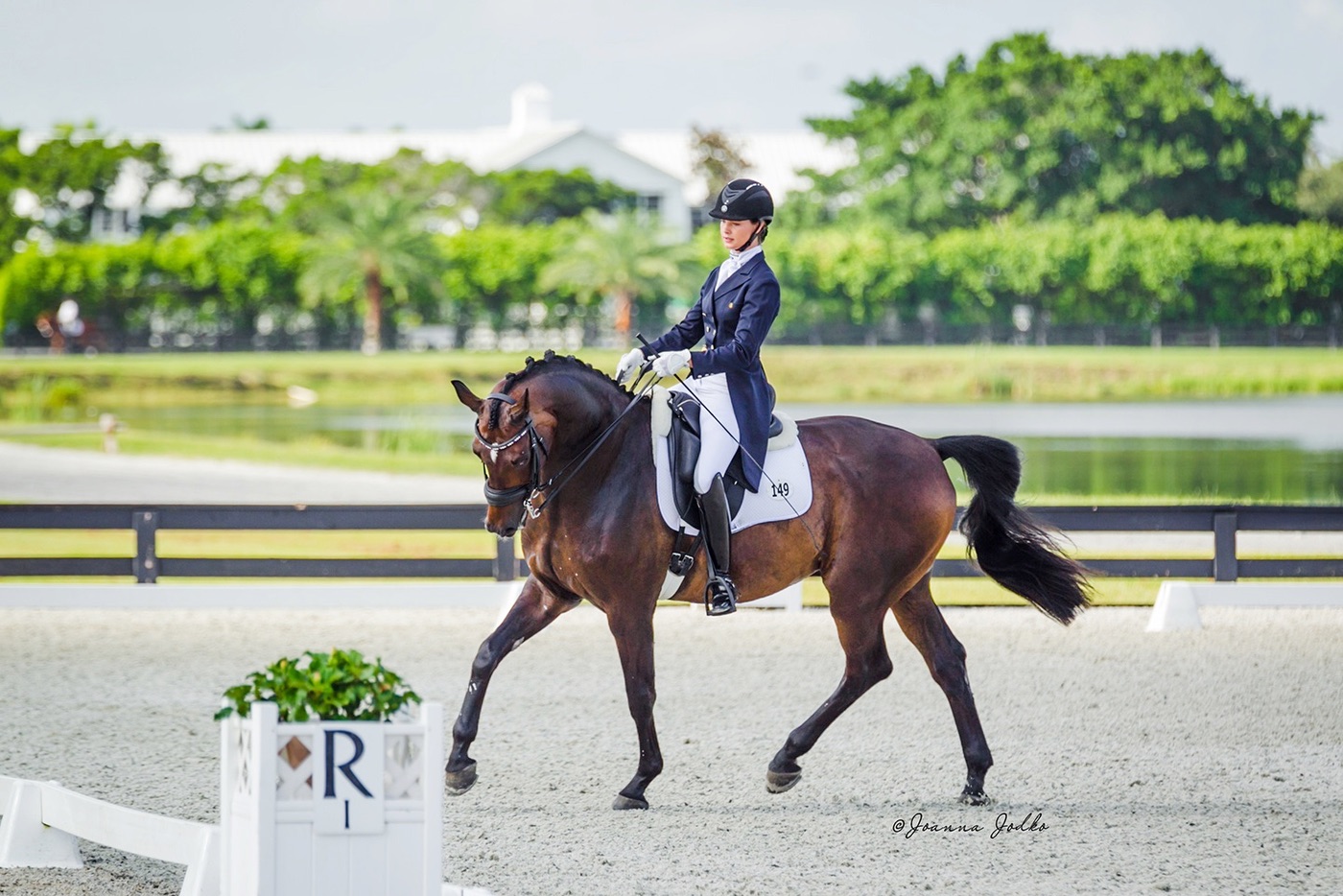 If you are receiving content that is unrelated or does not pertain to your publication (discipline, breed specific or other), please contact us to manage the media content you receive from JRPR